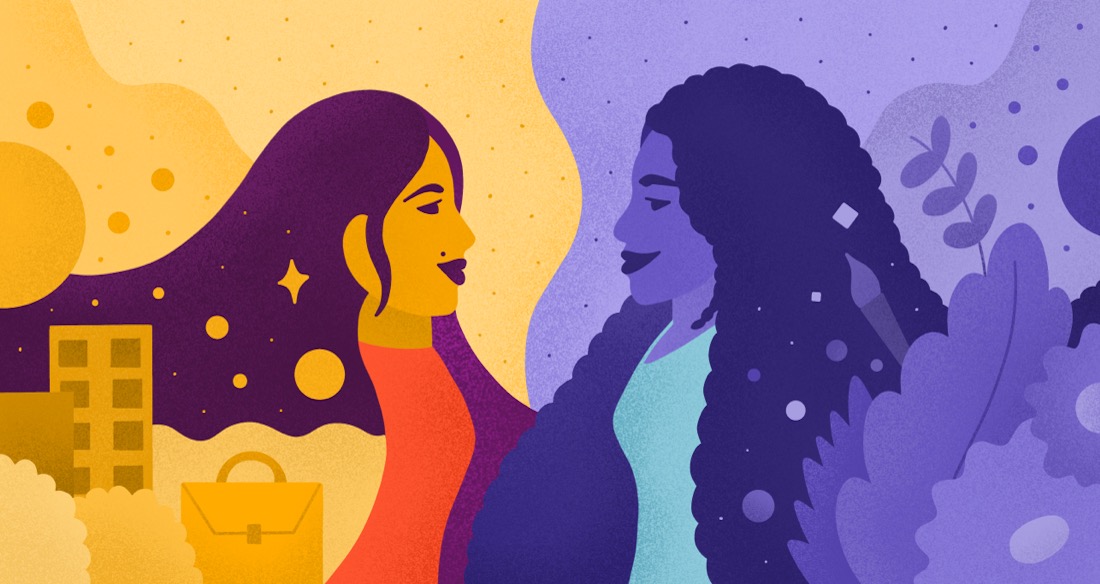 Despite greater representation for female characters and more progressive gender roles, a greater percent of ad spend goes behind ads containing traditional gender roles and male characters. Marketers aspiring to create and promote diverse advertising should be measuring how their media budget is allocated by group, not just by creative.

The implications of not doing this are significant. Good intentions started in the studio aren't reflected in the ads your audience ultimately sees. More ad spend typically means more reach. Despite more progressive gender roles in ads, people see more traditional gender roles. In other words, all that hard work is going to waste.

Women account for 50% of the US population and 70–80% of consumer purchases. When it comes to their portrayal in advertising, however, sexism pervades. Gender portrayals have barely moved past what Jane Cunningham and Philippa Roberts label the “Good Girl,” or representations of female characters that are pleasing to men and do not disrupt the status quo.

In advertising, it seems there are several types of female characters: “Come-To-Bed Temptress” or “Hot, Sexy Body-Revealing Teen”; “CEO of the Household” or “Perfect Mom”; “Obedient, Adoring Daughter”, “Multi-Tasking Female Co-Worker Who Has It All But Still Gets It All Done”; and “Helen Mirren”. Portrayals of women of color in advertising often paint them as exotic, or even animalistic, which reflect negative stereotypes about women at the intersection of race and gender. These portrayals do not represent the entirety of the sexism-in-marketing problem. Data from Brandsplaining reveals a worrying impact of these often vapid portrayals: “75% of female characters agree that models in marketing make them feel bad about themselves.”

People see 2 million ads every year. The global ad market is set to top $700bn this year. Combine those two statistics, and the scale of the problem reveals itself, as does the size of the opportunity - to have a broad and long-lasting positive impact on the way people see and feel about themselves.

To learn more about how advertisers represent people in their ads, we ran 3,406 ads featuring 6,435 people (deployed during 2021 and 2022 in the U.S.) through CreativeX technology. These ads - pulled from categories that generally target female characters (CPG and Beauty) - were backed by $836M in ad spend.

CreativeX uses various AI-technologies to extract creative data, which is then leveraged (by some of the world’s leading advertisers like Google, Mondelēz, & Heineken) to achieve creative excellence at scale. It works by aggregating your creatives worldwide into a single database, which is then analyzed for 1000s of creative attributes (including elements such as character gender, skin tone, and age range). These are then built into learnings to inform and elevate creative decisions, market insights, or brand studies.

In this instance, through extracting creative data from 3,406 ads we can discover insights, identify trends, and create a shared reality with which we - the industry - can begin to change the narrative for representation. Put simply; data can show us where we are - and just how far we’ve got to go. This is what it looks like:

Comparing and analyzing the frequency of people’s skin tone, gender, age, and the setting they appear in reveals trends in both the representation and portrayal of people, as well as some of the underlying bias that precedes casting and storytelling choices.

Based on our analysis, two areas for improving the way female and male characters are represented in advertising stood out:

Analyzing representation through ad spend data, however, reveals a different story. Even though brands feature more female characters in their ads, they under-invest - relative to their appearance - in promoting them to their audience. In other words, female characters were shown 43% more frequently than male characters but only received 18% more ad spend.

To assess whether ads reinforce existing stereotypes about gender, skin tone, and age, characters’ environments are also analyzed. Of the six environments analyzed (domestic setting, family setting, leadership setting, physically active setting, professional setting, other setting), overall, characters in ads are most likely to be featured in “other” settings (59%).

Having excluded “other” (not indicative of stereotypes), gender portrayals look progressive. 58% of characters are female. Of that number, female characters are cast in more professional settings than family or domestic settings (44% vs. 27% and 12%).

Despite greater representation of female characters in ads compared to male characters and environments that suggest more progressive gender portrayals in creatives, gender bias exists. When it comes to ad spend, brands are more likely to put more spend behind ads that reinforce traditional gender roles instead of those that reinforce progressive gender roles.

Male characters in each of the following environments received ad spend disproportionately to how often they were featured:

Of the 58% of female characters in the environments analyzed, 44% were shown in professional settings. These ads, however, receive almost 50% less ad spend than the frequency they appear in this setting (44% vs. 24%).

In short, the level of ad spend put behind each gender portrayal reveals subtle gender bias – ads that feature female characters in more gender-stereotypical settings saw greater ad spend relative to their inclusion, and ads that feature female characters in less stereotypical settings (professional, physical, leadership), saw less ad spend relative to their inclusion. If the advertising industry is going to use its annual budget of almost $700bn for good - to change the narrative around representation - we need to be mindful of our creative choices and how and where we distribute our ad spend.

As with our previous creative analyses (e.g., Super Bowl), ageism in advertising persists. Adult (26-59) characters featured 4x more than all other demographics combined.

Ageism is compounded by gender bias. Featuring in less than 1% of ads, 60% of characters aged 60 and over are male. Put simply, less than .04% of ads featured a female character aged 60 and over. When they featured in ads, they were cast predominantly in domestic and family settings. Thus, older female characters are nearly invisible, and when they are shown, their portrayals lack dimensionality.

Our analysis finds brands are casting more female characters in their ads, but opportunities for progress exist. Despite greater representation for female characters and more progressive gender roles, a greater percent of ad spend goes behind ads containing traditional gender roles and male characters. Marketers aspiring to create and promote diverse advertising should be measuring how their media budget is allocated by group, not just by creative.

After almost 20 years of research, GDIGM found “data is the key to mitigating unconscious bias in the creation of entertainment media.” Given how much content marketers are now making, technology could be an essential tool in the battle against unconscious bias. The findings presented here point to some of these.

For those using CreativeX to measure representation, the insights they gather can help their brands take actionable steps to elevate their creative production, whether through generating internal alignment on talent portrayal worldwide or sense checking assets for guidelines on positive representation.

As advertisers, we all have a responsibility to lift society up and forwards. Syl Saller, retired Diageo CMO said, “Through the millennia, culture has been shaped by the stories we tell and if you think about it, advertising is telling stories that are backed by billions of dollars to have them heard. I am convinced we can normalize gender equality with what we choose to show in our ads, and who we choose to make them.”

Enjoyed this analysis? Sign up here to receive the latest curated creative insights currently received by researchers and marketers from Kantar, Google, Unilever, and more.