Are Brands Talking About Climate Change? An Analysis of 280,000 Global Ads.

An analysis of 280,000 global ads to learn how brands are talking about climate change
Written by
Obi Ijomah
April 21, 2021
7
min read 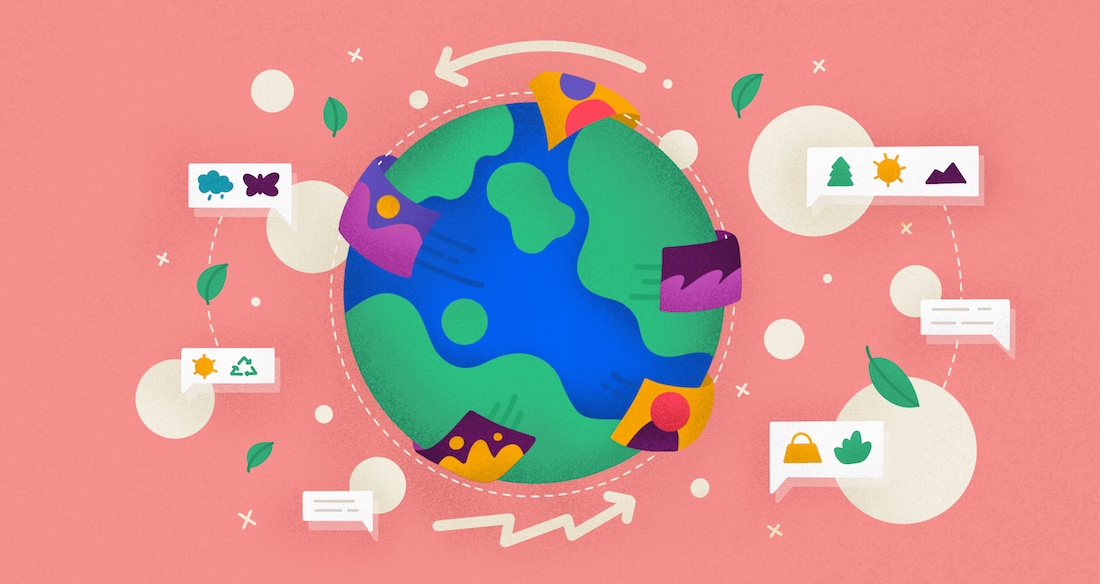 While diversity and inclusion have, correctly, been at the center of the world’s attention after the historic BlackLivesMatter protests, another issue has been steadily accreting in the public’s consciousness: climate change. 69% of people interviewed for the global risk survey believe that climate change is very serious or somewhat serious.1 As a result, global consumption choices have begun to change. According to an IPSOS survey, "69 percent of consumers worldwide have changed the products and services they use due to concern about climate change"2 while Forbes magazine has reported that younger generations are "more likely to demand full transparency on how brands impact the planet’s resources." This has led companies to shift from corporate-speak to corporate-imperative, resulting in 500 B corporations committing to net zero emissions by 2030. With the whole world becoming more concerned about the ongoing degradation of the environment, an inordinate amount of focus will be directed towards all companies, industries, and brands and whether they hinder or help efforts to mitigate it.

Consumer behavior is changing, and it is taking several forms: conscientious purchasing habits, a demand for more information, and even demands that the companies themselves change. As the allotted time for averting climate change narrows, changes in consumer behavior will do the opposite.

Companies are increasingly aware that they must act fast—and publicly—to adapt to these developments, as inaction is increasingly untenable. In fact, "reputational harm among key stakeholders" resulting from inaction was chosen as the consequence that will have the "largest negative impact on companies’ revenue, profits and long-term growth."3 This has led to some of the largest and most well-known companies & brands releasing plans for cutting CO2 emissions, expanding sustainability, and ad campaigns geared towards informing the public.

To learn more about how brands featured climate change-related messaging in their advertising, we used CreativeX technology to analyze almost 280,000 image and video ads deployed across 10 markets (US, UK, Canada, Australia, India, Brazil, Japan, France, and Germany) between Jan 1, 2020 and March 31, 2021 by global brands in CPG, beauty, automotive, fashion, and alcohol verticals.

Our analysis looked at the presence of 22 climate change-related keywords (sustainable, plastic, emissions, carbon dioxide, etc)¹⁰ and measured how often these appeared in the creative itself or the accompanying post copy. Here’s what we learned:

In almost 280,000 ads analyzed, less than 2% mentioned climate change-related initiatives. This is a missed opportunity. According to the results of a Global Consumer Confidence Survey, "a whopping 81% of global respondents feel strongly that companies should help improve the environment. This passion for corporate social responsibility is shared across gender lines and generations."¹¹ Far from only being an opportunity not being taken advantage of, a failure to show consumers their initiatives early on could have negative long term effects for brands, especially those already perceived as having a harmful impact on the environment.

2. Positive climate keywords are more frequently used than negative or neutral ones

In their climate-related ads, brands have chosen to use 43% positive terms such as sustainable, renewable, recyclable, etc., compared to 34% negative terms like pollution, fossil fuels, and deforestation.¹² Using positive terminology in advertisements can be advantageous because customers are willing to pay 31-50% more for your product or services when they believe your business is making a positive impact on the world.¹³

Nonetheless, this trend varies by market: markets like Japan & France use positive terminology more than negative terms, while the case is reversed in markets such as Australia & Germany.

3. The EMEA region has the highest proportion of climate mentions in their ads

Despite having 75% fewer creatives analyzed than the NA region (133K compared to 56K), the EMEA region had the highest percentage (3.7%) of climate-related mentions in their advertisements. According to a recent EU survey, 93% of Europeans see climate change as a serious problem and have taken at least one action to counter it.¹⁴

France has the highest percentage of climate change-related mentions in their advertising, as the historic legally binding international treaty on climate change known as the Paris Climate Agreement was adopted there in 2015. Almost 70% of respondents to a YouGov survey in France on consumption habits revealed that they changed some of them to reduce their impact on the environment.¹⁵

Despite having the lowest percentage of climate-related mentions (0.9% of 34K ads analyzed), Latin America "ranked highest in the world for consumers that believed it was ‘extremely or very important’ [that] companies implemented programs to improve the environment, with 94% citing so."¹⁶ Brands may be at a disadvantage when they fail to inform consumers of their initiatives in regions where those initiatives are expected.

Major Developed Economies¹⁷ mentioned climate-related keywords more than twice that of Developing economies. However, brands would be remiss to overlook the developing economies, because as Nielsen explains, regions "that are rife with emerging market consumers—many of whom are dealing with environmental hazards in their everyday lives—show higher expectations [of companies] than developed markets."¹⁸

After months of remaining relatively changeless for much of 2020, climate change mentions began to rise around the beginning of August. One reason for this could be the then-upcoming US presidential election, which was set to have severe ramifications for the global community’s chances of successfully averting climate change. The United States, in fact, had the highest spike in October, one month before the election.

Earth Day does not seem to be a significant driver of climate-based advertisements, as only the United Kingdom saw a spike in climate-based mentions in April.

6. The Automotive industry has the highest percentage climate change mentions

The automotive industry leads all industries in climate-mentions as a proportion of their output. As the world slowly transitions to clean energy and a green economy, and as the automotive industry begins to embrace electric vehicles, the industry made efforts to show that their cars were fuel efficient as "emissions" was the word most likely to be mentioned in their ads. The fashion industry had the second highest percentage of climate-related mentions, and used the word "sustainable" most often. Both industries, often perceived as being particularly harmful to the environment, were the likeliest to produce content designed to counter that narrative.

While brands have begun taking steps to reduce their carbon footprint, they are not showing consumers that they are leading the way towards a more sustainable future through their advertising. Less than 2% of advertisements focused on climate change, and the advertisements were shown the least in regions where consumer expectations of company responsibility were the highest.

A recent survey found that over 70% of advertisers acknowledge that brands able to produce credible ESG storytelling have an advantage in the marketplace,¹⁹ and another found that "1 in 4 Americans say brands who don’t communicate about their ‘good’ efforts are not as trustworthy as those who do."²⁰ Brands can take advantage of this current climate of opinion on climate change by showing consumers how they are making efforts to combat it. All new initiatives—from net-zero emissions pledges,  waste-reduction targets, and technological innovation investments—can be shown to consumers to convey that they’re partners in protecting the planet.

In some of the climate-related ads analyzed by our technology, brands showed consumers how their ingredients were more sustainable, that their packaging was now made with renewable resources and 100% recyclable, and how they planned to plant hundreds of thousands of trees, amongst other positive things. All brands should follow their lead, as this path will take all of us to a better, brighter, and greener future.

Sign up to get notified when we release our latest analysis and trends of creative decisions. Coming up next: Which creative attributes correlate to brand uplift?