Do CPG Ads Represent Black People? An Analysis of 2,738 Ads

Diversity in advertising: a creative analysis of 2,738 ads for the presence of Black representation and stereotypes
Written by
Michael Murray
February 18, 2021
8
min read 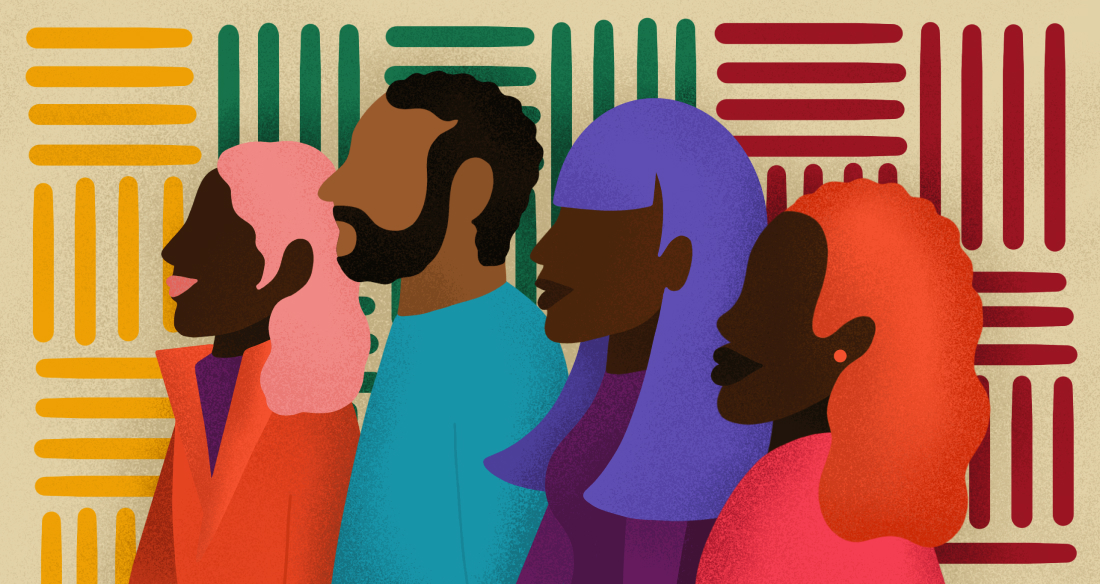 Corporate ads said Black Lives Matter. But did brands deliver on the promises made during the summer protests?

Black Lives Matter galvanized many companies to take a stance against systemic racism and white supremacy. Diversity and inclusion became a CMO priority, and a commitment was made to re-evaluate the ads brands spent billions of dollars a year promoting. The focus was on creating "un-stereotyped, meaningful, and effective communication," Tamara Rogers, CMO of GSK said, "to drive the cultural change we need".

To learn more about how marketers responded to Black Lives Matter and the stereotypes that prevent marketers from producing inclusive ads, we used our creative excellence technology to analyze 2,738 image and video ads deployed in the US in 2020 by some of the world’s best known CPG, beauty, and alcohol brands.

Using computer vision, we measured -- on a month by month basis -- the frequency of visual cues that appeared in each creative, including people, diversity, setting, etc. Based on our analysis, there are three things marketers should be aware of when attempting to increase the diversity and inclusivity of their ads:

Below are 17 insights that marketers can use to evaluate their own creative content.

Over the course of 2020, the number of ads featuring Black people fluctuated, but experienced a progressive increase from 42.8% in January to 52.7% in December.

3. There was no significant increase in the number of ads featuring Black people during the months of protest.

Black people featured in approximately 46.3% of ads during the first four months of 2020. This number dropped to 46% from May to August, only to rise to 53.6% during the months of September to December.

4. September is the only month when Black people featured more than white people (but only by 2%).

Ads featuring Black people peaked in September at 62%, a small increase over the number of white characters (60.1%). Further analysis (see below), suggests that this could be due to the rise in sporting events (i.e. NBA Playoffs, start of the NFL season).

5. Black women featured in ads more than Black men throughout 2020.

Over the course of 2020, Black women featured approximately 65% more than Black men. There are no months where Black men appeared in more ads than Black women.

6. The BLM protests appeared to have an impact on representation but only for women.

Presence of Black women increased 68% from May to June, while representation of Black men stayed roughly the same from May to June (around 20% of all ads featured Black men), suggesting BLM had no impact on marketers' creative decisions when it came to casting Black men.

Further analysis of representation found that speaking roles followed a similar pattern, regardless of ethnicity. With the exception of April, ads featuring characters in speaking roles did not diverge throughout 2020.

With the exception of April (Covid positively impacted speaking roles for Black people - for an explanation as to why, see insight #15), ads were more likely to feature Black people in speaking roles when the Black person was in an ad classified as racially stereotyped (see below for classification details).

With the exception of April, August, September, and December, white male characters were more likely to be cast in speaking roles.

10. Black men are more likely to be featured in speaking roles than Black women.

Over the course of 2020, Black men were about 6% more likely than Black women to feature in speaking roles (despite 65% less screen time).

Increased representation of women and Black people was expected to come at a price: more stereotypes. Three reasons were behind this hypothesis:

To evaluate for racial stereotypes we categorized the following visual cues as characteristics typically associated with Black people -- due to racist bias and physical stereotyping -- shirtless men, people doing physical activities (and by extension people watching sports wearing team kits). The use and frequency of racial stereotypes in the ads we analyzed followed two patterns.

June, September, and December were months in which representation of Black people increased. These were all months with corresponding increases in racial stereotypes. For example, representation increased 15% in June and stereotypes more than trebled.

12. Stereotypes increase during sporting months and are influenced by racial bias.

13. White people were 58% more likely to feature in leadership roles than Black people.

14. About 1% of ads featured a Black person in a leadership role.

15. Black people cast in leadership roles fell to zero during peak months of the BLM movement (May to August).

It appears that brands did not deliver on the promises to produce diverse and inclusive ads.

Digging deeper into why Black people featured in leadership roles more frequently than white people on two occasions reveals that Covid played a role during the most significant increase.

The onset of Covid-19 saw brands focus on and champion Black doctors. Unfortunately, this positive uptick was not maintained.

17. Black women were more likely to be sexualized than white women.

Our analysis revealed some surprising creative decisions and trends in 2020. The Black Lives Matter movement catalyzed promises of change but challenging unconscious bias and removing stereotypes from the way we represent and portray different people are clearly difficult tasks.

The data revealed that marketers did not deliver on the promises they made during the months of protest. Rather, Black people were less represented and speaking roles and leadership roles both fell. It appears that we have a bias towards including Black people when sport is a theme or representation is a box-ticking exercise, leading to appearances of the "token Black friend."

Opportunities exist. Brands can and should make concerted efforts to increase the diversity and range of skin tones that feature in their ads. Women continue to be cast as background or secondary characters. They need more speaking time. To use advertising to create cultural change and challenge social expectations, Black people must feature more in leadership roles.

This is part one of a two-part analysis into the state of diversity and inclusion in advertising. On March 8th, we will be releasing a detailed analysis of how women are portrayed in advertising. Sign up here to get notified when it's released.