President Trump In Imagery — Is There a Bias?

A creative analysis of 5,000 images of Trump in the press for visual bias
Written by
Dillon Emry
January 15, 2018
5
min read 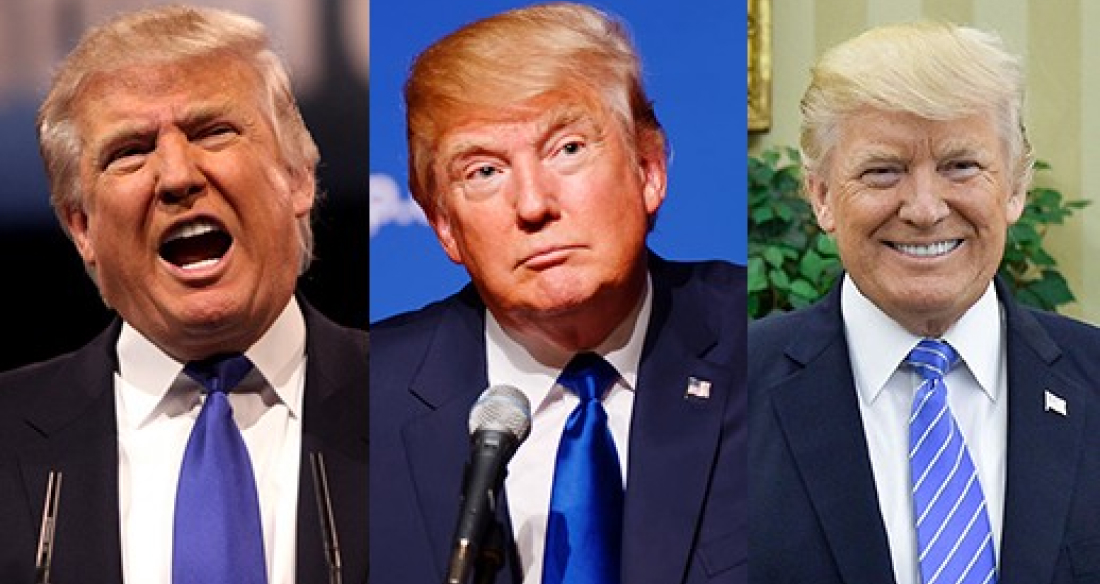 Amid President Trump’s assertions of inaccurate reporting since stepping into the political spotlight, the frenzy over media bias has reached a fever pitch. President Trump has labeled certain media organizations as purveyors of “fake news” and has referred to them as “the enemy of the people.” Politicians, academics, talk radio hosts, and other critics have also accused the media of partisan bias.

But are President Trump’s assumptions founded in truth? Subconscious or not, is there a systematic bias in the way left- and right-leaning media outlets represent President Trump through imagery? To find out, we used our image recognition system to pull images from more than 5,000 news articles relating to President Trump over the course of the eight months between August 2016 and March 2017. All articles were sourced from American online media outlets.

We chose to look at imagery in media because the human brain processes images 60,000 times faster than it does text. Furthermore, with humans retaining 80% of what we see, but only 20% of what we read, it only makes sense that our opinions of products, politicians, and other people would be influenced more by imagery than by text.

Given this fact, we assumed that editors and journalists would selectively use imagery ­­­­to represent President Trump in an effort to sway public opinion of one political persuasion or another. We put this supposition to the test, using our artificial intelligence-driven, image-processing system to see if President Trump was in fact portrayed in ways that might influence public opinion.

Our methodology was simple. We did a cross-comparison analysis of 5,000+ images containing President Trump from 12 U.S. online news sources, covering conservative, moderate, and liberal media based on a Pew Research Center study [1] of political polarization and media habits of the American news audience.

We hypothesized that to inform public opinion, outlets would portray President Trump as follows:

After we formed our hypotheses, we used our AI to analyze the imagery, and eight independent human reviewers to ensure accurate image classification. Images were classified according to the type of facial expression (angry, happy, or neutral), as well as the categories seen below:

As can be seen in the graph below, President Trump only and President Trump with the American flag were the two most used pieces of imagery by a wide margin. The New York Times had the most even image distribution of all the outlets analyzed.

There were some surprising results that can be seen in this visualization as well:

The results of facial analysis were equally if not more surprising. Liberal sources used imagery of President Trump looking happy with slightly greater frequency than other media sources, and there was no statistically significant difference between the frequency of his facial expression and political leaning of the media.

While the accusations alleging that journalists have biased points of view may or may not be true, the imagery used in their pieces has yet to be used as a way to sway or manipulate the public’s opinion. Based on our comprehensive visual analysis, we found there to be much more consistency between conservative and liberal media than what we initially expected.