The Changing Face of Politics 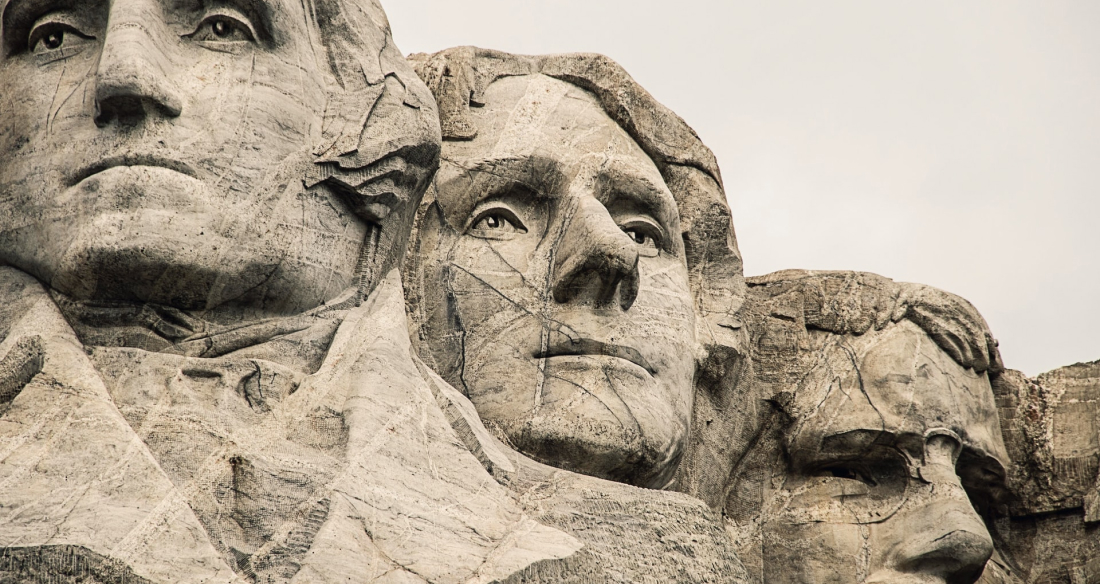 What we see has the power to change our behaviour. Studies on representation support this idea. The consumption of media affects the way we perceive ourselves in relation to the content (images and messages) and context of the media. It builds up like radiation.

The problem is our current behaviour is terrible. A primary reason is that our perception of the world is wrought with prejudice and bias.

There is no better demonstration of this unfortunate fact than to witness people’s behaviour online — where we are categorically antisocial when interacting with female politicians. A recent study by Amnesty International ‘revealed that black women politicians and journalists are 84% more likely to be mentioned in abusive or “problematic” tweets than white women in the same profession.’

The only way to overcome this bias and prejudice, particularly in the case of female politicians, is to increase their representation. We need to see more of them. More female politicians will positively impact the political discourse online and offline, which in turn will influence our collective attitudes towards women.

This fact was brought to light by two pieces. A New York Times article and an exhibition currently on display in the Houses of Parliament titled ‘209 Women.’

Both pieces show how far we have come in the last 100 years as well as how far we have yet to go to achieve parity. The first step, achieving critical mass, is close. In Britain, female MPs make up only 32 percent of Parliament. In the last century, there have been 491 women MPs compared to 4503 men.

Both can be summarised accordingly: women are redefining politics and the story is being told through portraits. The narrative — the shift in political power through increasing numbers of female politicians — is being written through the medium of images.

It is a visual display of our changing times.

In the US, Women have never held more than 84 of the 435 seats in the House. Not anymore. The NYTimes article exhibited the changing representation of US politics, whilst highlighting the increasing diversity, by displaying all the (131) women of the 116th congress in their totality. It is a historic moment — captured through the medium of portraits.

The portraits may be of diverse individuals, but the message is collective: Congress needs more women. It requires individuals who can better represent the population of America in all its diverse regions, communities, ethnicities, ages, and genders.

As Jaime Herrera Beutler, a Republican said: “to truly represent the American people, Congress needs more women and moms. I’m expecting my third baby since I was elected to serve, and it is a privilege to offer my unique perspective as we shape policy for all American families.”

Collectively, these portraits represent more than just a historic number. When considered on its own, each portrait tells a unique story of a politician with her own multifaceted perspectives.

In short, the class of 116th Congress is historically female and diverse.

Across the pond, the story is similar.

A set of new portraits will replace existing ones that have historically looked a certain way — white, older men situated in formal settings.

‘209 Women’ is an initiative created to mark 100 years since (some) women had the right to vote. The initiative is more than just a powerful reminder of the suffrage movement; it is a statement of equality. It is a powerful statement about the significant role women play in areas that were once deemed the sole domain of men.

Founder and Director, Hilary Wood said, “the exhibition is going to be quite a statement to mark 100 years since the suffrage movement: 209 pairs of female eyes gazing down over the central courtyard on everybody that works at and visits Westminster, the very place where people make changes that affect all women.”

Lisa Tse, Founder and President of The Sorority and supporter of the initiative, is even more emphatic: “We want to change the perception of what a woman in power looks like. I hope that young girls will look up at the walls and think, ‘That could be me.’”

Female politicians are redefining representation — what it means to be a woman, a mother, a politician — in the 21st-century. They are shaping their own narrative through the medium of portraits. It is a vivid reminder of the power of images.

“The focus in politics has rightly been on getting a critical mass of women involved. But it is the same issue in many sectors, including art itself. The works will show that women can and ought to be portrayed in all their diversity. There is no one way to be a woman artist, to be a woman politician, to be a woman.”

Together these portraits represent the changing face of politics. Every time we elect a politician that isn’t a white male we are redefining representation. We are diversifying who we and future generations can relate to, who we can aspire to be. As Jenna Lowenstein told Atalanta: “Just from a pure representation perspective, studies have shown over and over again that people need to see examples of what they can aspire to.”

The power of representation should not be scoffed at. What we see and where we see it has a significant impact on the way we experience the world. The less we see of something that we can identify with the less important we feel. The more we see of something — the more it is normalised. It becomes a common narrative, one that has the power to shape and define society.

Representation is fundamental to the workings of society and politics. Studies have shown that Generation Z are getting better and better at understanding the stories hidden in images because they are more adept at viewing things from a third-person perspective. In other words, they can put themselves in your shoes and see what you see when you share an image.

They are acutely aware of representation and all the diverse forms it can take.

This means that Media, which has the power to shape our understanding of key aspects of society — gender, race, age, national identity — through representation, is not what it used to be and certainly doesn’t hold the same power that it used to. An image, however, retains its power — politicians can make their fortunes or ruin their careers through an image.

Now, a politician’s media image is, in her/his own hands to a far greater extent. They are less dependent on the media to tell their story, to report the facts and omit uncomfortable realities. The decline of traditional forms of media has occurred in relation to the rise of a new kind of media.

The rise of social media has radically transformed society and politics. Politicians of all backgrounds now have the ability to campaign at a grassroots level, thereby navigating getting elected without old-school networks, corporate funds and interests; to target voters at a hyper-local level; to engage with voters immediately and in new forms, thereby increasing the degree of intimacy and educating them on important processes.

Social media has transformed the relationship between the journalist, the politician and the public. Journalists and the public receive the same information at the same time. Whenever Donald Trump tweets journalists rush to write about it and the public turns it into memes. There is even a museum dedicated to his tweets. Framed like a portrait, they are windows into the inner workings of his mind.

Images are fast becoming the new text, they are a universal language. Politics is becoming an image-orientated process, a method of humanising political leaders so that we can better relate to them. We are offered a snapshot into their reality.

We are seeing a new form of political portrait. Instagram is a visual diary, a portrait-chronicle that includes visuals like text-grab screenshots, filters, emojis, videos, group photos, posters, and images without the politician in question — all (usually) accompanied with text descriptions.

Social media is not only transforming political processes but also how they are recorded. When future generations look back at this time in history they will analyse the social media feeds of politicians. They will examine the stories hidden in images and what they will see is a world of revolutionary strategies built upon contexts and contents.

What story are these images telling us? What are the strategies?

What we see is largely influenced by bias. When it comes to women in power, women who take a strong and stable stance will be perceived to be bossy and aggressive. Our biased perception of women means we perceive their message in an unfavourable light.

Since this is their reality, Sheryl Sandberg (Facebook CEO and author of ‘Lean In’) says the most effective negotiation strategy for women is to “negotiate communally.” She says this strategy works because 1) women are less likely to be seen as “bossy” and “aggressive;” and 2) they’re framing their narrative as serving a larger good beyond themselves.

The story captioning the photo positions her mother as the protagonist. Alexandria Ocasio-Cortez writes that it was through grit, perseverance and courage that they were able to escape the dark times of their lives, to transform themselves and their situation. But this transformation and the characteristics it required was a collective effort — not an individual pursuit.

The photo tells a story of women working together, which frames her success as part of a grander narrative of female collaboration and empowerment. The visual cues support this and, in the process, remind us of a strategy used by female White House staffers in the Obama administration called “amplification.” The strategy sees female White House staffers reiterate the good ideas voiced by other women until they were recognised and received the appropriate credit.

“That women do better when their success is sneaky. Or self-deprecating. When they emphatically thank everyone who pushed them from behind and everyone who paved the road ahead. When they — as multiple newly elected female representatives did this week — pose gratefully in front of a portrait of Shirley Chisholm, the first black woman elected to Congress.”

The images that Alexandria Ocasio-Cortez shares are built on this visual strategy. The way in which power is affirmed on Instagram — through likes and follows — highlights how successful it is.

Alexandria Ocasio-Cortez is not just redescribing the aesthetics of political campaigning and leadership. She is telling a story of female empowerment, of collaboration, of working for the greater good. This is not surprising, she is a proud feminist who understands the power and importance of redefining representation.

When it comes to Instagram we should remember each image tells a story and each story is a strategy. Visual cues act as insights, helping us deconstruct an image to understand its message. Then we can begin to see the world through the eyes of our representatives.

The philosopher William James once said, "a great many people think they are thinking when they are merely rearranging their prejudices."

What can we do to leave a better world, to create a better, collective mindset to empower our future generations of female leaders? Is it possible to re-describe our perspective in a new, more productive way?

The short answer is yes, and images are instructive. They are portraits to another perspective, windows to a new reality. They can help us challenge our mindset and positively influence our biases.

The story is worth telling because it is a story of our future. A story that will define our democratic systems and benefit the next generation of female political leaders.